Researchers have concluded that a specific gene might have a significant impact on male infertility. For men that have the gene RBMXL2, there are treatment options available that may help to remedy male infertility.

Arguably the biggest contributing factor to fertility problems in men can be linked to sperm health. Healthy sperm is paramount to the fertilization of the female egg, which precipitates the conception process and ultimately the birth of a newborn child. For many infertile men, their sperm health is in significant decline.

Men might experience a low sperm count, diseased or damaged sperm (improperly shaped, excessively small or other physical flaws) or diminished sperm motility (the speed and efficiency with which sperm travels through a woman’s reproductive tract).

Poor sperm quantity and quality could be precipitated by a variety of medical issues including the following:

The Correlation Between Infertility and Gene RNMXL2 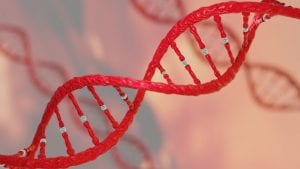 Scientists opine that genetic flaws might additionally contribute to the fertility issues experienced by some men. The gene classified RBMXL2 and its potential role in fertility is gaining significant traction in the medical research community.

A team of American and European researchers led by England’s Newcastle University have concluded that this specific gene indeed plays an important role in the systemic production of healthy and productive sperm. The team recently completed a decade-long study.

During their research, scientists conducted experiments on male mice in which RBMXL2 was deleted from specific genetic chromosomes. Ultimately, this deletion inhibited systemic production of sperm.

Researchers stress that future studies will be necessary before any firm conclusions can be drawn. However, they also claim that these findings could eventually bear significance when identifying, diagnosing and treating human male subjects experiencing infertility problems that cannot be attributed to any other specific cause.

This promising research may spawn newer and more efficient fertility treatment options in the future. Fortunately, however, there are certain infertility treatments for men that are experiencing these problems to employ presently. The specific therapeutic protocol a medical professional prescribes could be influenced by several factors, such as the patient’s age, general health, the issue or malady precipitating infertility, as well as the condition’s severity.

Once the underlying cause is identified, remedial efforts such as surgery, prescription medications and sexual performance-enhancing techniques might be employed to help the subject in question overcome specific shortcomings and conceive a child.