Home » Fluoride: A Hidden Cause of Infertility?

In the late 1940s and early 1950s, many of the world’s developed countries started fluoridating municipal water systems. This was started in an effort to reduce tooth decay. The presence of fluoride in drinking water has been responsible for up to a 40 percent decrease in dental caries (tooth decay) in school-age children from industrialized nations. Meanwhile, fluoridated toothpaste has become the standard for dental care.

On the downside of fluoridation, diseases of many of the body’s systems are being directly attributed to fluoride in drinking water and toothpaste. This mineral derivative has been shown to harm the thyroid, bones, brain, heart and endocrine systems. Children being born with lower IQs and other issues have also been blamed on fluoride. The male reproductive system is also damaged through consumption of fluoride.

Infertility is most often thought of in relation to women. However, male infertility is a factor in half of the couples unable to conceive naturally. While female infertility has different roots and can be a result of a greater physical dysfunction, male reproductive issues are most often hormonal or related to sperm health.

Sperm inadequacy can be the factor in fertility when sperm count is low or sperm exhibit abnormal attributes. Such attributes may be visible through reduced movement of the sperm or atypical morphology.

Proof of the Fluoride-Sperm Health Link

Sperm count and quality are indeed a critical factor in successful conception. According to a collection of results from over 100 sperm density studies conducted over the past 80 years, human sperm count has suffered a significant decline in individual men during this time period. Fluoride overexposure has been pointed to as a possible cause. The preponderance of sperm count and quality reduction coincides directly with increased intake of fluoridated water and daily use of topical fluoride dental care.

Between 2002 and 2006, Polish scientists published information as proof of fluoride’s effect on mammal sperm. These researchers had conducted studies of ram semen. The semen was exposed to fluoride at levels similar to human exposure.

After only five hours of this exposure, the semen suffered “a significant decrease in motility,” as well as a reduction in the number of sperm with acrosomes still intact. Since acrosomes, the covering of the head of a sperm, play a major role in penetration of the egg, damaged ones stand little to no chance of fertilizing the egg toward conception.

Fluoride does not just damage physical sperm. It has also been shown by researchers in Texas to inhibit synthesis of testosterone in human subjects. Testosterone is key in male reproductive health and sexuality. 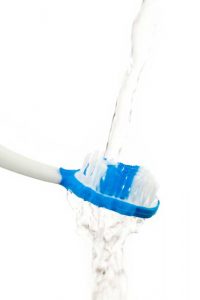 Just as with the ram study, in-vitro tests and other similar studies, human populations have been indicated to suffer damage to the male reproductive system from exposure to fluoride. This is not just a belief of Western scientists and medical researchers. Three studies of highly exposed populations in India and China also associated fluoride exposure with reduced male fertility.

Equally as important, five studies from Mexico and Russia indicated that reduced testosterone levels in men are directly related to fluoride ingestion. These reports are parallel to the findings of the Texas study of testosterone synthesis.

In America, even the Food and Drug Administration is aware of the problem with fluoride. One of their own scientists claimed in 1994 that internal studies showed a reduction in total fertility rates in U.S. populations with more than three fluoride parts per million in municipal water. The FDA never reported this employee’s statements. In fact, the Environmental Protection Agency stands behind its claim that three parts per million is a safe level for city water, despite the undisputed indications of the FDA’s reported research.

All of these infertility related findings are only part of the fluoride-in-drinking-water debate. Many Americans and Western Europeans are urging governments to cease fluoridation of water. An alternate suggestion has been made that individuals desiring fluoride supplementation may voluntarily ingest a daily tablet versus so-called involuntary mass medication via the life-sustaining substance of drinking water.

Regardless of where such debates lead scientists and policy makers, the evidence is clear. Fluoride is likely a major factor in male fertility in industrialized nations.

The good news is that bottled drinking water tends to not contain added fluoride. With today’s increased consumption of bottled water over tap, time will tell if fertility rates of individual populations improve.