Home » GMOs: A Cause of Infertility 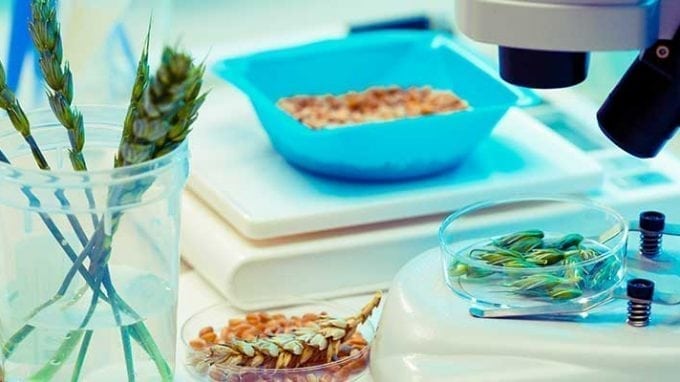 GMOs, or genetically modified organisms, are the answer to the world’s ever-growing population. Thanks to better health care, people are now living longer. In turn, more food is needed, and quickly as well. Genetically modified foods deliver higher crop yields, can withstand droughts, are bug and pesticide resistant and can have improved nutritional content and flavor. Sounds amazing, but what impact does it have on society, particularly on fertility? To understand this “frankenfood” better and the implications it imposes on fertility, we need to know:

How GMOs Are Made 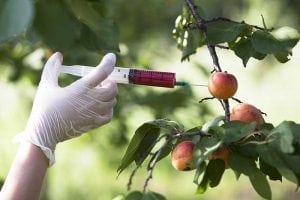 Seeds of this kind are planted just like regular seeds, but some of these seeds are “terminator seeds,” meaning they are sterile seeds. Terminator seeds force farmers to buy new seeds instead of saving them. Seeds do expire, which can lead to reduced germination. Farmers have been saving seeds for thousands of years, but history has shown time and time again that this method is not the most reliable option for growing food.

Again, GMOs are valuable because they can withstand harsh conditions and chemicals, including pesticides. Farmers can now use strong pesticides to kill weeds and bugs without fear of killing the plants. Surprisingly, some seeds have pesticides encoded into their DNA, meaning the food will contain pesticides as well.

The California Department of Food and Agriculture have estimated that GMOs make up 80 percent of all processed foods. The main GMO crops are corn, soy, canola and cotton. Other modified crops that are not as widely grown but gaining momentum include potatoes, tomatoes, papayas, sugar, rice and meat and dairy. With meat and dairy, the food the animals eat are made of GMOs and they are injected with BGH (Bovine Growth Hormone), which contains GMOs as well.

GMOs and Infertility: The Link

In 2008, Austrian Health Ministers presented research showing how fertility rates have dropped sharply since the introduction of GMOs. Countless studies on animals have shown that reproductive systems are greatly compromised when GMOs are involved. For males, the effects include testicles that change color, from pink to blue, altered sperm resulting in fewer pregnancies, and even altered DNA in the animals, even when they eat only the slightest amount of genetically modified food.

The effects are felt in females as well. Higher rates of infertility, premature births, low birth rates and higher infant mortality rates plagued female rats fed a genetically modified diet. For a study in Europe, female rats fed GMOs gave birth to babies that died on a regular basis, with the chance of death being as high as 99 percent. But in rats fed regular food, there was only a 10 percent mortality rate. The offspring of GMO-fed rats also had low fertility rates.

How to Avoid GMOs

Buy foods that are organic or bear the Non-GMO Project certification label. Also be sure to look at the numbers on the sticker of foods.

GMOs have allowed people to live longer by giving the world’s growing population enough to eat, but it has its drawbacks, particularly with fertility rates. Maybe someday GMOs will be safe to eat, but in the meantime you might want to look at your food labels more carefully.