Infertility affects 1 in 8 couples couples. Over more than 5 million people in the world were created via in vitro fertilization. But when it comes to the success rates of IVF for women under 35 years old, about 40 percent of the time the procedure does not work. But new found research shows that there may be a therapy to help improve these odds and to avoid passing down certain genes to future children.

Mitochondrial dysfunction has been implicated within age-related infertility and disease. Research has found that doing mitochondrial replacement therapies (MRT) could help to prevent second generation transmission of mitochondrial DNA defects. This treatment offers a replacement of the deficient cytoplasm in oocytes from older patients to help provide higher pregnancy rates for IVF.

When eggs are fertilized by sperm the nucleus is formed with DNA that is half from the mom and half the dad. However the sperm’s mitochondria does not enter the egg, so the mitochondrial DNA comes only from the mother. Therefore it is passed down from mother to child.

What Does it Entail?

The spindle transfer involves the DNA from the mother being transplanted into the donor’s egg, replacing the donor’s DNA. Then this egg is fertilized by the father’s sperm using intracytoplasmic sperm injection, This is very similar to IVF, however, ISCI only uses one sperm, which is directly injected into the egg, while IVF brings together sperm and egg in the petri dish.

Why is Mitochondria Important? 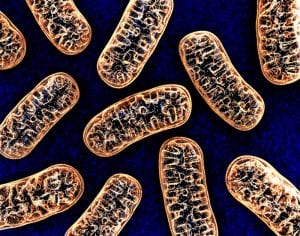 Mitochondria have their own DNA within them. About 99.9 percent of our DNA is stored within the cell nucleus as chromosomes, while the other .1 percent are from our mitochondria. Diseases that are caused by mutations in mitochondrial DNA can be detrimental to the body and cause symptoms such as blindness, organ failure, and seizures.

Who Would it Help?

Genetic engineering within reproductive medicine makes many people feel uncomfortable as this does mean changing the genes of future generations. This new therapy will help couples to avoid passing down genetic mutations that could cause mitochondrial disease to their children. The goal of the therapy is to is to help prevent the birth of children who would be wheelchair-bound and oxygen starved according to a professor at Brown University.

The mitochondria contains 37 genes, these genes only code for proteins that are used within the molecule that provides energy for our cellular processes. Like normal DNA, mitochondrial DNA can mutate, which can lead to issues within proteins. These faulty proteins can cause rare neurological diseases.

As of 2015, the United Kingdom became the first and only country so far to officially legalize the MRT procedure to help prevent genetic diseases. The procedure was done successfully for two mothers. MRT does involve manipulating an embryo and changing the genes of future generations, so we still don’t know if there will be any long-term effects on the children that have been born from this treatment. But since it is closely related to other fertility treatments, more research, testing, and regulation needs to be done before the therapy gets accepted across the board worldwide.