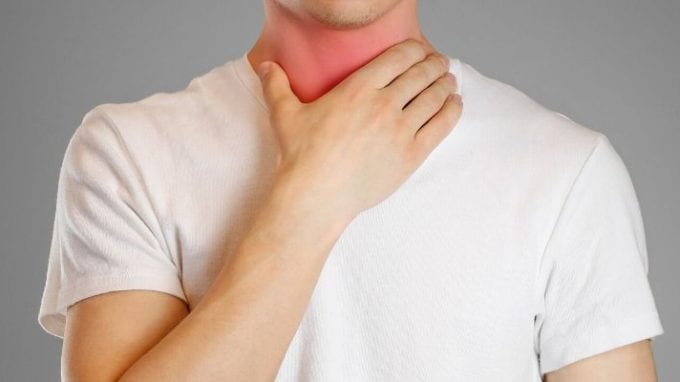 If you have thyroid disease, you are not alone; according to the American Thyroid Association, more than 20 million people in America are affected by the disease. Even more alarming, 60 percent of those who have thyroid disease do not realize that they have it. Statistically speaking, thyroid disease affects the lives of more women than men.

To further put this into context, one in eight women will develop a thyroid disorder of some kind in her lifetime. For those who are not familiar with thyroid disease, it is a condition that can significantly affect the overall quality of one’s life in that it contributes to numerous health problems, such as hair loss, weight gain, fatigue, depression, and insomnia.

For those who are ready to start a family, studies show that thyroid disease can also have a profound impact on reproductive health. This is especially true for men despite the fact that they are statistically less likely than women to develop the disease.

What Is the Difference Between Hyperthyroidism and Hypothyroidism?

To better understand the relationship between poor thyroid health and male infertility, we should first familiarize ourselves with the difference between hyperthyroidism and hypothyroidism. In short, hyperthyroidism is a condition whereby the body produces too much thyroid hormones, namely thyroxine (T4) and triiodothyronine (T3), which results in an overactive thyroid gland.

When this happens, most people will experience an acceleration in metabolism, which leads to unintentional weight loss. Some people will also develop an irregular heartbeat. Conversely, hypothyroidism is a condition in which the thyroid gland does not produce enough of these same hormones for the body to function properly.

Unlike hyperthyroidism, hypothyroidism causes a decline in metabolism, which often results in weight gain. Additional symptoms can include fatigue, dry skin, hair loss, and muscle aches. Lastly, hypothyroidism has also been linked to male infertility, according to several studies.

What Is the Correlation Between Poor Thyroid Health and Male Infertility? 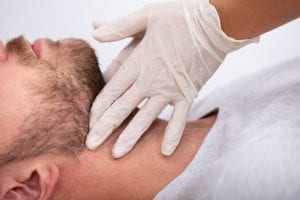 A healthy thyroid is critical to the male reproductive system, insomuch that the amount of hormones the thyroid gland is capable of producing determines whether or not a man will be able to help a woman conceive a child. To further that point, a study revealed that men with hypothyroidism often have enlarged testicles, which causes a decline in sperm.

An underactive thyroid, especially when caused by Hashimoto’s disease, an autoimmune disorder, can also contribute to the following:

All of these factors can lower a man’s chances of experiencing the joys of fatherhood. However, it is worth noting that misshapen sperm, also known as abnormal sperm morphology, can be the most problematic.

A healthy thyroid contributes to a better performing sperm cytoskeleton. The sperm cytoskeleton is a biological structure that provides support for the sperm, enabling it to maintain its shape and move forward and ultimately fertilize an egg inside a woman’s body. Men with hypothyroidism are more likely to have a sperm cytoskeleton that performs poorly. As a result, they will have a harder time when it comes to helping a woman conceive.

What Treatments Are Available to Improve Thyroid Health and Male Infertility?

Now that we have a general understanding of how hypothyroidism affects male reproductive health, let’s take a look at treatments that can help. Whether the goal is to improve reproductive or overall health, most physicians will recommend thyroid hormone therapy.

This approach to treatment entails taking daily doses of levothyroxine, a synthetic thyroid hormone. Studies show that levothyroxine is effective in returning thyroid hormone levels to a healthy state, which helps reverse many of the health problems commonly associated with hypothyroidism, including fertility issues. Because everyone responds to and metabolizes medication differently, most physicians will consider the symptoms that an individual is experiencing along with his or her age, weight, and other factors before starting the patient on levothyroxine. Those who partake in this form of thyroid hormone therapy often report feeling better after just a few treatments.