Home » Think You May Be Infertile? Five Questions to Discuss With Your Doctor

Women who struggle to conceive often question their fertility, but many couples are oblivious to their potential fertility problems until they actually begin trying to have a baby and it simply isn’t happening as easily as expected. While friends and family seem to conceive their very first try and thousands of unplanned pregnancies occur every day, the reality is conceiving a baby often takes time.

The average time it takes to conceive varies from couple to couple. However, most specialists agree that a person can be considered infertile if they have been trying to conceive for at least 12 months. That being said, the length of time you’ve been trying to conceive is only one of many potential infertility indicators. Here are five questions you should discuss with your doctor to see whether or not you may indeed be suffering from infertility.

1. How much time do I have to conceive after ovulation?

Around the time of ovulation, there is only a four-day window of time in which you’re most apt to conceive. Sperm is only capable of living for up to 120 hours in the female reproductive tract, so conception can only take place two days prior to and two days after ovulation. If you’ve been having intercourse at any other time than this in an attempt to conceive, chances are you’re not infertile and just have really bad timing. 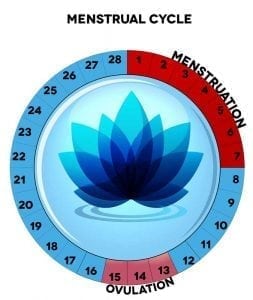 Over-the-counter ovulation kits can be purchased to test your urine’s LH level and help determine when you’re ovulating. In most cases, your urine will show increased LH levels one to two days prior to ovulation.

To test your basal body temperature, or BBT, simply chart your daily temperature each morning before you get out of bed. When you begin ovulating, your BBT will rise by as much as one degree until your next menstruation cycle.

3. I’ve been taking note of my BBT for quite some time and still can’t conceive. Am I infertile?

There are many factors that come into play in order to successfully conceive a baby. Factors such as your overall health and the health of your reproductive organs, your mate’s sperm count, medications you’ve been taking, and stress can all come into play when trying to conceive. If you have concerns regarding your fertility, you should discuss them with your doctor, but it’s not uncommon for some couples to try to conceive for years before being successful.

4. I’m having painful and irregular periods. Could this be a sign of infertility?

While the causes of infertility are varied and often unknown, there are some physical symptoms that may point to potential fertility issues. For women, irregular periods may indicate a problem with hormone levels and functioning, which can lead to irregular ovulations and cause fertility issues. On the other hand, heavy or painful periods may be a sign of endometriosis. Endometriosis occurs when the endometrium (cells that normally grow inside the uterus) begin to develop outside of the uterus, for example on the fallopian tubes, bowel, ovaries and pelvic tissue linings, causing difficulty conceiving.

5. Do certain medications cause infertility?

If you have taken or regularly take certain prescription or over-the-counter drugs, these may also be responsible for your infertility and should be discussed with your doctor. Many anti-depressants, antibiotics, pain killer, and hormones can cause temporary infertility. Other medications, such as Tagamet, Folex, Dilantin, Azulfidine and a host of corticosteroids and chemotherapy drugs can also negatively affect fertility. Moreover, since acetaminophen can reduce luteinizing hormone production in the body, Tylenol and other commonly used medications containing the drug can also cause temporary infertility.

There are many reasons for infertility and just as many ways to go about solving the dilemma. If you’ve been keeping track of your ovulations, living a healthy lifestyle and are still unable to conceive, you should check out the rest of our site and consult with your doctor to learn more about today’s fertility options.