Home » PCOS and Bacterial Vaginosis: Is There a Link?

Recent studies have shown that there may be a link between polycystic ovary syndrome and bacterial vaginosis. Is gut bacteria to blame for PCOS?

What Is Polycystic Ovary Syndrome?

There has long been a mystery surrounding polycystic ovary syndrome, or PCOS. It is a hormonal disorder that affects women of childbearing age and one of the leading causes of infertility. Women who have the condition suffer from excess levels of androgen—male hormone. They usually have irregular or prolonged menstrual periods, and their ovaries fail to function normally and release eggs.

Women with PCOS may not ovulate during certain months and have irregular periods as a result. Around 10 to 15 percent of women around the world are affected by the condition.

Although it’s not absolutely impossible to get pregnant while stricken with PCOS, women with the disorder are at a greater risk of miscarriage. If a pregnancy does occur without ending in miscarriage, another risk that can occur is premature birth.

Generally, the specific cause behind PCOS has long been unknown, but some studies show there may be a relationship between the disorder and bacterial vaginosis. 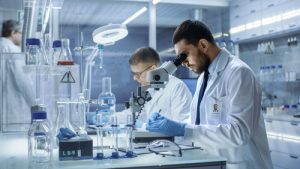 According to the study, women with PCOS have fewer gut bacteria than women who don’t have the condition. Additionally, having less diverse gut bacteria is also associated with higher levels of testosterone, according to senior study author Varykina Thackray, Ph.D.

The researchers checked swabs from 73 women with PCOS and compared them to women who didn’t have the condition and those who had polycystic ovaries but lacked other characteristics of PCOS. They concluded that women with PCOS have the least diverse gut bacteria and that there is a significant link between PCOS and bacterial vaginosis.

Gut bacteria diversity plays a vital role in a person’s overall health. Further research has concluded that people who have certain types of metabolic conditions such as obesity may have different gut bacteria compared to those who don’t suffer from those conditions.

Although Thackray stated that more research would be needed to determine whether certain types of gut bacteria may contribute to a woman’s developing PCOS and if it may offer ways to treat it, she speculated that it might be possible to treat PCOS with testosterone blockers or oral contraceptives.

In order for a woman to be definitively diagnosed with PCOS, she must have at least two of the three main features of the disorder. They include the following:

Differences in Vaginal Bacteria With and Without PCOS

Although it’s not necessarily possible to alter the bacteria that naturally occur in the body, women with PCOS can limit their bacterial vaginosis flareups. Take the following steps to do this:

Based on research studies, there is a potential treatment for PCOS on the horizon. You can also manage your condition and keep bacterial vaginosis at bay, which can improve your everyday life.