Resveratrol is a natural compound found in nuts, grapes and red wine. This compound is known to have several health benefits, from reducing the risk of atherosclerotic disease to slowing the production of cancerous cells. This article looks at the compound’s impact on fertility.

Although testosterone is produced primarily in a man’s testicles, small amounts may be derived from areas such as the skin and adrenal cortex. Even so, the amount of testosterone produced might vary depending on the time of day. Low testosterone levels can result in several symptoms in men including increased fatigue or a lack of energy, reduced endurance or muscle strength, lower sex drive, less strong erections and a lower sperm count—all of which can affect fertility in men. 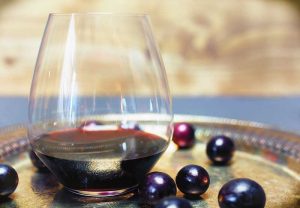 It is a well-known fact that fertility declines with age, a process that speeds up in the presence of oxidative damage. Loss of oocytes and poor oocyte quality are some of the factors that contribute to age-associated ovarian aging, a known cause of infertility in women. Additionally, the buildup of free radicals is known to cause protein damage, DNA mutations, apoptosis, telomere shortening and accelerated ovarian aging.

Increasing evidence shows that this natural compound has anti-aging and anti-tumor effects on somatic tissues, influences signal pathways and activates Sirt1 and telomerase as well. Findings suggest that resveratrol has the potential to stave off ovarian aging. Since ovarian aging relates to fertility, this compound plays a role in preserving fertility.

For women, the decline in fertility begins in their early 30s. In fact, the chronological age of a woman is considered the most important factor in predicting a couple’s reproductive potential. In women, age impacts the quantity of both the immature eggs waiting to be released (oocytes) and the mature eggs waiting to be fertilized (ova). Although assisted reproductive technologies like in vitro fertilization can increase the number of ova available for fertilization, such interventions have not been able to impact the quality of oocytes or ova favorably. By reducing a woman’s ability to conceive, poor egg quality contributes to infertility.

Women are born with egg cells in each of their ovaries. However, the eggs cells are arrested in mid-development at birth. These immature eggs will remain in a state of inactivity about 10-15 years. In puberty, a hormonal surge triggers their maturation, ovulation or atresia (normal process of breakdown). During this prolonged period of quiescence, immature eggs are much more susceptible to damage from free-radical accumulation. Apart from mutations in the DNA, damage to mitochondria and telomerase can have adverse effects on egg quality and fertility. In fact, oxidative damage reduces the likelihood of survival and growth. By enhancing telomerase activity, protecting mitochondrial function and activating anti-aging genes, this natural compound plays a significant role in preventing oxidative damage, and this might as well extend the fertile years.

In the United States, an estimated five to six million women have PCOS. According to the Hormone Health Network, PCOS is one of the most common causes of infertility in women. This endocrine condition is common in women of childbearing age. On average, women suffering from PCOS produce a slightly higher amount of testosterones and other androgens than those who don’t. While testosterone hormones are usually associated with men, women are known to have a little. Elevated levels of testosterone in women with PCOS can lead to weight gain, irregular or missed menstrual periods and infertility, among other health related issues.

As a whole, this research highlights this compound’s potential role in reducing testosterone levels and oxidative stress in women suffering from PCOS or obesity, thereby improving their fertility.