In the Western world, two to five percent of all children are now born with the help of Iin vitro fertilization. According to the international market research firm Allied Analytics LLP, the global IVF market is projected to garner 11.3 billion dollars by 2021. For many couples, artificial insemination is the only way they can fulfill their wish of having their own child. However, recent studies suggest that in vitro fertilization may be an important risk factor for cardiovascular disease and metabolic disorders in children conceived by IVF. These results were presented at the Congress of the European Society of Cardiology (ESC) in London by Dr. Emrush Rexhaj, a cardiologist at the University Hospital of Bern.

High Blood Pressure and Arteriosclerosis in In Vitro Fertilization Children 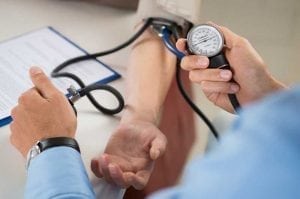 Numerous scientific studies attest to health risks for children who were conceived by IVF. A recent study of “test-tube babies” published in the journal Cardiovascular Medicine showed that IVF children had pronounced generalized vascular dysfunction as well as a significantly thicker carotid artery wall (intima-media thickness, IMT) in contrast to children from the control group. However, parents and siblings who were conceived spontaneously rather than by IVF showed normal blood vessel function. According to Dr. Rexhaj, the results of the study suggest that artificial insemination per se can result in a disruption of vascular function. According to this research, children who were conceived by IVF may suffer from elevated blood pressure and develop an early form of arteriosclerosis at a young age.

It Will Take 20 to 30 Years to Obtain Exact Figures

In addition, the five-year follow-up study showed that children who were conceived by artificial insemination continued to exhibit a disrupted vascular function as well as significantly increased systolic and diastolic blood pressure values. According to the researcher, these results are indicative of a likely increase in the frequency of arterial hypertension in the IVF population at an early age. An earlier study using male IVF mice already revealed that the animals passed the disruption in vascular function on to the next generation. In mice, these changes are caused by the so-called epigenetic mechanism (inheritance of non-genetically determined traits). The cardiologist notes that a link between harmful influences during the fetal stage and an increased incidence of cardiovascular disease and metabolic disorders later in life has been established by several studies. The reason: In IVF, the early embryo is manipulated during a phase in which it is probably particularly sensitive. A similar mechanism is likely at work in IVF children. Since cardiovascular disease usually doesn’t manifest until around age 50 and people who were conceived by artificial insemination are still very young, the researchers point out that it will take another 20 to 30 years to obtain more accurate figures. “This means that prenatal medical history should become an integral part of any medical history and should be taken into account in the prevention and/or treatment of cardiovascular disease,” Dr. Rexhaj emphasized.

Consequences for Couples with Fertility Problems

The fact that IVF treatment carries risks has already been shown in several clinical trials. These risks include a lower birth weight as well as an increased rate of preterm birth and congenital defects. According to the Austrian journalist Eva Maria Bachinger, couples aren’t sufficiently informed about the negative effects of IVF and their consequences. The new research results indicating that IVF increases the risk for heart disease among artificially conceived children now poses additional problems. For this reason, it’s crucial that couples who decide to pursue IVF receive detailed counseling in advance. They should also be thoroughly examined for cardiovascular disease because a family history further increases the risks already associated with IVF. In the worst case scenario, we can expect a global impact as more and more people opt for IVF for various reasons (the desire to have children later in life, lifestyle changes and fertility problems). “This new data shows that a factor develops in the medium term that will continue to have a significant effect on cardiovascular morbidity and should, therefore, be considered in preventive health services,” said the spokesman of the German Cardiac Society, Prof. Eckart Fleck (Berlin).