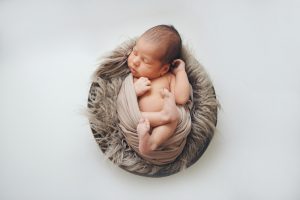 Artificial insemination measures are being used more and more frequently today in order to realize the dream of having one’s own offspring. In the western world, around two to five percent of all children are the result of IVF. While these studies can be promising, they often carry risks and can be physically and emotionally draining. In addition, there are many factors that influence the outcome of such treatments.

Healthy reproductive organs are essential to get pregnant. There are a number of beneficial bacteria in the vagina, such as Lactobacillus, which ensure optimal vaginal flora and protect against pathogens. However, when they are low in number and other types, such as anaerobes such as Gardnerella vaginalis, increase, conditions such as bacterial vaginosis can occur. In fact, about 20 percent of all infertile women are affected by bacterial vaginosis, which can lead to uncomfortable symptoms, in the worst case, it causes infertility.

Some researchers have previously reported that vaginal dysbiosis, or abnormal changes in the vaginal microbiota, reduces pregnancy rates after vitro fertilization (IVF); however, this has been refuted by several meta-analyses. Previous studies have reported that Lactobacillus Dominant (LDM) and non-LDM contain 90% or more and less than 90% of the Lactobacillus species, respectively. LDM has been associated with high implantation rates with reduced rates of miscarriage in assisted reproduction, although pregnancy rate was not increased after IVF.

Eubiosis and dysbiosis are defined as comprising 80% or more Lactobacillus and Bifidobacterium species and less than 80%, respectively. Notably, IVF pregnancy rates are similar in both groups.

The current study shed light on how ART pregnancy rates are affected by the balance between the abundance of pathological bacteria such as Gardnerella, Enterococcus, Enterobacteriaceae, Streptococcus and Staphylococcus and Lactobacillus. Researchers designed a prospective study based on vaginal and endometrial microbiome samples from 35 ART patients who underwent embryo transfer at a single center between February 2019 and March 2020. 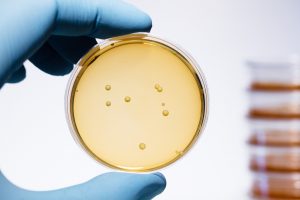 All embryos were of good quality and embryo transfer (ET) was performed when the endometrium was at least 8 mm thick on day 15 of the cycle. All microbiome samples were collected between days 8 and 10 of the menstrual cycle. A total of 34 and 33 vaginal and endometrial specimens, respectively, were included in the study.

Of the 34 ET procedures, 21 resulted in pregnancy, with 17 live births and four early miscarriages. Patients who became pregnant were comparable to the others in most respects, including use of antibiotics. In pregnant women, high Lactobacillus abundance was found in both vaginal and endometrial specimens compared to high PB in specimens from non-pregnant women. In most cases, the two sample types correlated well.

For both vaginal and endometrial samples, pregnancies were more common in the high L/low PB group, while non-pregnant women were more likely to have the low L/high PB profile. Thus, a favorable Lactobacillus-pathogenic bacterial balance in the endometrium and vagina was associated with a higher proportion of women achieving pregnancy. This was true even after excluding those who were given antibiotics.

On a less significant scale, Community State Type (CST) analysis showed that Lactobacillus iner (CST III) dominance was present in one-third of the pregnant women, compared to CST IV, which is dominated by various bacteria of 45% of non-pregnant women. These results were supported by a β-diversity analysis.

Biologically, this connection is plausible, since differences in the microbiome can influence the susceptibility of the endometrium to the implanting blastocyst, for example due to infection-induced inflammation. In addition, bacterial invasion of the endometrium can impair immune tolerance, thereby causing blastocyst rejection.

Such interactions are thought to occur through pattern recognition receptors on the endometrial mucosal cells, which interact with host immune cells to regulate the local immune response. Further studies are needed to elucidate the mechanisms by which the endometrial microbiome influences blastocyst implantation.

The current study adds to previous knowledge by showing how the balance between these two groups of microbes affects pregnancy outcomes in women undergoing ART. Still, more research is needed to determine how different Lactobacillus species affect pregnancy outcomes.