There is an old adage which states, “That which does not kill us makes us stronger.” The message here is that resistance and pushback, conflict and adversity, challenge and hardship are good for spirit, soul and body. Many can attest to the truth of this maxim but—like all truisms—there are exceptions to the rule.

Recent research demonstrates that those seeking to conceive children might think about avoiding resistance—specifically when it comes to exercise, or even daily chores. There are telltale signs of diminished fertility and current findings link those signs to heavy lifting among women. It could be that many cases of infertility can be reversed by a simple cease and desist.

What Does Science Show? 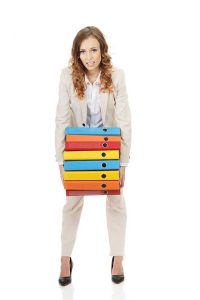 Prior studies dropped hints of this problem. Two studies published in 2015 correlated heavy lifting with disrupted menstrual cycles and extended time in getting pregnant. Yet neither of these inquiries took a side-by-side view of the biological criteria for fertility with regular heavy lifting. Two of the signposts are found in antral follicles, i.e. immature eggs found in the ovaries, and mature eggs yielded by ovaries. In the most recent research, published in the journal Occupational and Environmental Medicine, 500 women struggling with infertility served as the sample group. Those who reported regular patterns of heavy lifting or movement had fewer antral follicles and fewer mature eggs on average following the administration of fertility treatments: The heavier the lifting or moving of objects, the smaller the number of antral follicles and mature eggs. Also shift work had a negative effect on the ovarian reserve.

Of course, these numbers do not tell the whole story. Scientists acknowledge that the largest concentration of cases with low egg counts are found in women over the age of 35 and classified by body weight as obese. These, then, are variables that must be considered, as well as the fact that the sample only includes infertile women. Still, reductions in oocytes among heavy lifters were found among the remainder of the sample population as well, so this factor remains very much in contention as a contributor to infertility.

Can heavy lifting affect a man’s capacity to sire children? In fact, Harvard scientist Audrey Gaskins believes it does… for the better. Regular weightlifters, in her own experiments, ended up with—on average—25 percent higher sperm count than their less resistance-minded counterparts. This can be due to higher testosterone and greater insulin sensitivity. At the same time, Gaskins’ research must account for higher overall activity levels and better diets among the iron pumpers. With these factors noted, men are cautioned against going overboard. Too much exercise can also lower testosterone and sperm counts.

If the current research bears fruit (pardon the pun), then certain changes in occupational and recreational lifestyle can improve the chances of conception. That said, a multiplicity of factors may converge to cause infertility. Discovering them and facing them takes time and effort. As with any endeavor that is worth it, patience and discipline are essential to attaining the goal.