Home » Cervical Health and Your Fertility

Cervical health might play a vital role in a woman’s fertility levels.

This structure connects a woman’s vagina and uterus. The cervix holds several crucial functions. During a menstrual cycle, the structure produces and secretes a mucous-like substance designed to aid in conception. When the childbirth process occurs, the cervix opens, enabling the baby to pass.

There are numerous medical conditions that may impact the cervix’s well-being. Any such malady might negatively influence fertility rates. Some have the potential to cause serious health problems:

This ailment is a bacterial infection of the cervical region, which is usually accompanied by a milky discharge, and slight bleeding when touching the cervix and/or urinary tract infection.

Polyps are small non-cancerous growths that accumulate along the cervix’s lining. Should these anomalies grow large enough, they can impede sperm’s ability to penetrate the uterus.

Dysplasia is the growth of abnormal cells within the cervical region. Though these abnormal cells are non-malignant, this condition may be a precursor for the eventual development of cervical cancer.

The cervix is divided into two sections: the internal endocervical canal (endocervix) and the outer portion known as the ectocervix. Eversion occurs when cells located within the endocervix travel to the ectocervix. This abnormal occurrence may increase the risk for infection and could precipitate a potentially serious condition called cervical erosion.

Various ailments that are transferred through sexual contact can have an adverse impact upon the cervix and potentially threaten a woman’s ability to conceive. Of particular concern is the Human Papillomavirus (HPV), which has been medically linked to various forms of cervical cancer.

The most serious of all cervical disorders, cancer, occurs when cervical cells become malignant and multiply rapidly. Cervical malignancies may not only impact the possibility of conception but also pose a significant risk to a woman’s health and life. 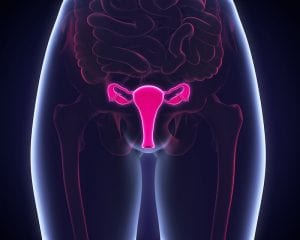 Certain illnesses can produce different manifestations. That said, there are several red-flag symptoms that might indicate the presence of a cervical malady and should warrant a trip to the doctor. These include the following:

Vaginal bleeding that occurs before or after a menstrual period or excessive bleeding during a menstrual cycle could indicate a cervical problem.

Several cervical disorders have the potential to precipitate vaginal issues such as dryness, burning and pain. These manifestations might also occur during sex, making intercourse unpleasant.

Vaginal excretion of unusual or unexpected liquids or substances might indicate a cervical illness.

In certain instances, such as infection or a spreading malignancy, other organs could also be impacted. Therefore, symptoms such as back and abdominal pain or changes in urinary habits may occur.

All women, especially those of child-bearing age, are encouraged to receive relatively frequent (at least once a year) medical checkups.

A healthcare professional performs these examinations by inserting a cell-collecting tool inside the cervix. Once the sample is collected, it is brought to a lab and analyzed for any abnormalities.

If tests conclude no presence of HPV, women are encouraged to receive the inoculation known as Gardasil. Medical studies have shown that these administrations, which are often given to girls and young women, have been effective in preventing specific strains of HPV that have been known to precipitate the onset of cervical cancer.

The use of condoms and contraceptives decrease a woman’s chances of becoming infected with STDs.

The following treatment options might be prescribed or employed for women stricken with a cervical issue:

The presence of infection or various STDs could be treated with these drugs. Antibiotics are used against bacteria and trichomonads, and antifungals against vaginal thrush. These drugs are usually taken in tablet form.

Procedures like cauterization (the elimination of diseased tissue with heat) or cryosurgery (the elimination of abnormal tissue with liquid nitrogen) might be indicated in the presence of severe or a deeply situated infection, eversion and polyps. Surgical intervention might only be necessary in the presence of cancer. However, the severity and location of the malignancy may also require other therapeutic protocols, such as chemotherapy or radiation.