Home » Asherman Syndrome, Intrauterine Adhesions, and Fertility; Everything You Need to Know

This condition is most often found after uterine surgery, including hysterectomies (removing all or part of the uterus), adhesions (bands of tissue that make organs stick together) resulting from a pelvic infection, injury or inflammation during pregnancy.

Signs and Symptoms of the Disease

Abdominal pain may occur before menstruation and may be mistaken for a menstrual cramp.

Infertility may occur, and it can take longer to conceive as the uterus becomes scarred and inflamed due to Asherman syndrome. 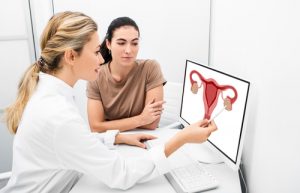 When to See a Doctor if You Have Asherman Syndrome

If you have had a hysterectomy, cesarean section (C-section), pelvic surgery or abdominal trauma that included an incision in the uterus and your symptoms include one or more of these problems, then see your doctor.

If you experience irregular periods, fertility problems or persistent pelvic pain after surgery or childbirth, ask your healthcare provider about a possible diagnosis with an ultrasound.

Other tests that may diagnose Asherman syndrome are hysteroscopy (a procedure using a telescope on a long tube) and laparoscopy (inserting a thin instrument into the abdomen through small incisions near the navel).

In many cases, the condition may not require treatment if it is mild and there are no complications from previous operations. In these cases, birth control pills can be used as medication. If you experience heavy bleeding during menstruation, your doctor will prescribe hormone therapy to help regulate periods so that they become regular again.

Hormone therapy starts by taking one pill per day. Eventually, it progresses (in some women) to three pills daily—with estrogen alone or progesterone combined with estrogen—all taken orally on an ongoing basis until menopause occurs naturally, at which time hormonal balance returns without intervention.

Sometimes surgical removal of the adhesions is necessary. This may require an abdominal or vaginal operation. It can usually be done through a small incision in the abdomen laparoscopically (using special instruments inserted through very small cuts) or using traditional surgical methods with larger openings in the body. 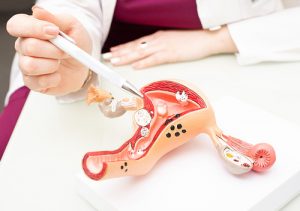 When Asherman syndrome occurs after a cesarean section, a woman’s uterine lining doesn’t thicken as much to prepare for pregnancy because of scarring from surgery, so they cannot become pregnant naturally.

If these adhesions are severe enough to have no natural thickening of the uterine wall during attempted intercourse, artificial insemination using donor sperm might work if you and your spouse have healthy reproductive systems.

The impact of this condition on fertility depends on the woman’s age and her desire to become pregnant. Fertility is not usually an issue for women who experience Asherman syndrome in their teenage years or 20s, but it can be a concern if this occurs later in life.

In these cases, surgery may be necessary before starting hormonal treatment so that the adhesions can be removed and ovulation restored.

A minor operation called endometrial ablation is often the treatment of choice for women who are not interested in starting HRT or would like to avoid surgery but still need to lower their risk of uterine cancer, as Asherman syndrome increases that risk.

Treatments vary depending on when it was diagnosed and how severe it is, so be sure to talk to your doctor to understand your options before deciding what’s best for you.