A medical procedure known as zygote intrafallopian transfer has been known to offer good success rates. This procedure could be helpful for couples with fertility problems, who want to fulfill their dream of having their own child.

This procedure, sometimes referred to as ZIFT, is a fertility treatment that involves the implantation of a fertilized egg (embryo) directly into a woman’s fallopian tubes. From here, the fertilized egg then wanders down to the uterus, where, if successful, it will implant into the womb. This process all hopefully leads to a successful pregnancy.

Individuals Who Benefit From ZIFT the Most

ZIFT is performed on women eager to become mothers, but who have experienced conception difficulties. Fertility experts and medical professionals opine that the procedure is most effective for couples dealing with specific fertility issues including low sperm count and ovulation problems or in cases in which healthcare professionals cannot identify the reason for the couple’s conception challenges.

ZIFT is a multi-step process that includes the following: 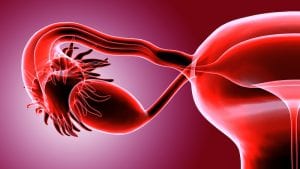 How ZIFT Differs From Other Fertility Treatments

Though ZIFT shares certain principles with other fertility treatment options such as IVF and embryonic transfer, the procedure differs in that fertilized eggs are positioned within the fallopian tubes. During the other procedures, fertilized eggs are placed within the recipient’s uterus. Some women prefer this method, because they think it´s a more natural process than other forms of artificial insemination. This is because the fertilized egg travels down the fallopian tube and into the uterus on its own.

Fertility experts and medical professionals caution that predicting ZIFT’s effectiveness can be challenging and depends on specific factors such as the recipient’s age, overall health, as well as the fertility-inhibiting issues the couple is facing.

Though younger women often stand the best chance for success, healthcare researchers estimate that the procedure increases a woman’s chances of becoming pregnant by more than 20 percent.

Prospective ZIFT candidates are asked to consider that the procedure is costly, might precipitate multiple births (such as twins and triplets), requires numerous steps that are somewhat time-consuming and involves surgery (whereas processes like IVF do not).