A new study from Yale University has found that women with type O blood tend to have fewer eggs and lower success rates during in vitro fertilization.

Roughly 10 percent of all women have trouble conceiving and successfully giving birth. New medical innovations sometimes make it easier for these women to carry a healthy child to term, but treatments often require knowledge of the underlying cause of infertility. According to a 2011 study by researchers at Yale University and the Albert Einstein College of Medicine, it turns out that one surprising cause of infertility may be a woman’s blood type.

How Did the Study Link Blood Type to Fertility? 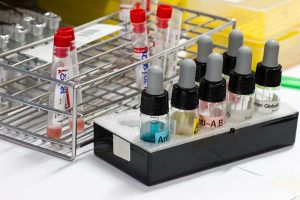 These surprising results were reached after researchers examined 544 women who were trying to get treatment for fertility issues. Study author Lubna Pal explains that they looked at the blood type of all of these women to discover any sort of pattern. On average, the women in the study were 35 years old. 45 percent of the patients had type O, 34 percent had type A blood, 5 percent had type AB blood, and 15 percent had type B blood. Therefore, among the group of infertile women, blood type O was the most common. Type O is already the most common blood type among the general population, so this could have just been a coincidence.

Further research done by the same team in a 2015 study found that blood type also seemed to alter the success rate of in vitro fertilization. The previous study had noted that only 4 percent of the women with fertility issues had type B blood, and the next study further confirmed the findings that type B blood seems to aid in fertility. While women with blood type O were more likely to have diminished ovarian reserves and trouble with IVF treatments, women with blood type B were more likely to have successful live births after having an IVF cycle.

Why Does Blood Type Affect Fertility?

The researchers theorize that blood type affects fertility because of differences in enzymes. People with blood types A, B and AB all have enzymes called antigens that modify the surface of each blood cell. People with type O blood do not have any antigens on the surface of their blood cell. It may be possible that the enzymes in people with type A, B or AB blood have a protective or stimulating effect that encourages ovarian follicles to grow and mature. Even if the enzymes are not directly affecting fertility, the genes associated with blood type may contain genetic material that is altering fertility outcomes. More research will need to be done to understand why there is such a strong link between blood type and infertility.

Is There Hope for Women With the Type O Blood?