Home » Reversal After Sterilization and the Chances of Pregnancy 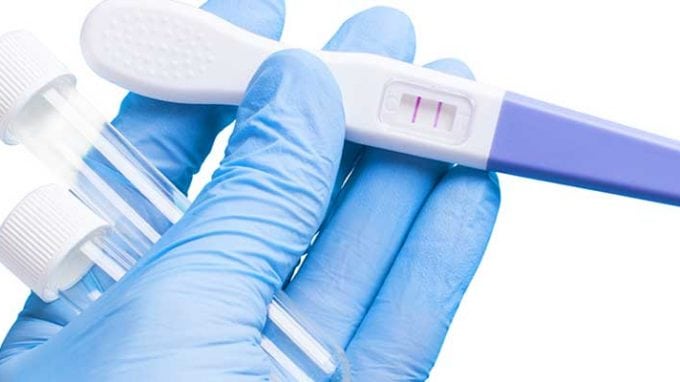 Reversal refers to the restoration of fertility after sterilization. In some cases, men and women who once decided to take this step may now regret having done so and wish to reverse the sterilization. In particular, a new partner or other significant life change can be responsible for this.

During sterilization (tubal ligation), a woman’s fallopian tubes are surgically severed or closed under general anesthesia by means of a laparoscopy (small abdominal incision) or laparotomy (large abdominal incision). In men, a vasectomy is performed, which involves interrupting the vas deferens (spermatic ducts). Various methods are available for this. In contrast to sterilization in women, the procedure is less complicated in men and requires only local anesthesia. With a Pearl Index between 0.2 and 0.3, sterilization and vasectomy are both highly effective.

Reversal, which takes place via a laparoscopy or laparotomy, involves reconnecting the separated ends of the fallopian tubes. The procedure is performed by an experienced surgeon under a special microscope. Depending on the surgical technique, the procedure can take between one and three hours and requires general anesthesia. In addition to the desire to reverse sterilization, blocked fallopian tubes due to inflammation or endometriosis are among other reasons for reversal. The chances of the reversal being successful depend on the condition of the fallopian tubes.

In men, reversal aims to reconnect the severed vas deferens so that sperm can once again enter the seminal fluid. The procedure is performed under general anesthesia or as an outpatient procedure under local anesthesia using a special microscope. Two different reversal techniques are available.

If sufficient sperm capable of fertilization is still present, then the most frequently performed reversal surgery, a vasovasostomy (direct connection of the vas deferens), can be used. Otherwise, a more technically demanding vasoepididymostomy (which involves directly connecting the upper end of the vas deferens to the epididymis) can be considered. Whether the respective procedure was successful can be tested by means of semen analyses that take place at regular intervals following the surgery.

Studies Confirm the Success of Reversal 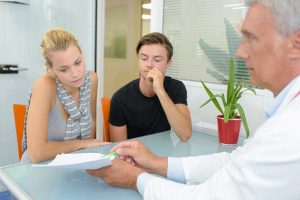 The most comprehensive study on microsurgical reversal after vasectomy, which was conducted over nine years on 1,469 patients, showed that of 1,247 men who underwent reversal for the first time, sperm was present in the semen of 865 out of 1,012 men (86 percent) in whom postoperative semen analyses were performed. A pregnancy occurred in 421 out of 810 couples (52 percent). The rate of patency (return of sperm to the semen) and pregnancy varied depending on the interval between the vasectomy until its reversal. If the interval was less than 3 years, patency was 97 percent and pregnancy 76 percent, three to eight years 88 percent and 53 percent, nine to 14 years was 79 percent and 44 percent and 15 years or more was 71 percent and 30 percent.

To determine the chances of success after sterilization, the so far largest tubal reversal study was carried out by the Chapel Hill Tubal Reversal Center on 9,935 women who underwent reversal at the Center between 2001 and 2012. The age of the patients ranged between 20 and 51 years, with younger women showing a higher rate of success (the pregnancy rate among those under 30 was 81 percent), while those over 40 had a success rate of 34 percent. Success also correlated with the surgery technique: The best pregnancy results were achieved after a clip (78 percent) or ring (76 percent) sterilization. The length of the healthy fallopian tubes after the reversal also played a role.

In men, reversal has several advantages over artificial insemination: Pregnancy is ensured by natural means and the female partner is not subjected to unnecessary risk since she does not require week-long hormone treatments or an additional procedure. The possibility of multiple and high-risk pregnancy is also significantly lower with reversal. In addition, reversal delivers better results compared to assisted reproductive technologies such as ICSI or IVF regarding pregnancy rates. Costs, which are significantly higher with artificial insemination, present another important factor.