Infertility is an emotional issue for anyone going through the concerns of this common health disorder. Because it is emotional, there are many misconceptions and myths about infertility and its associated causes, treatments and prognosis. Some of those myths are easily dispelled while others are as old as time.

Below, we provide some of the common misconceptions about infertility that are false. By clearing the field of these myths, those going through infertility can focus upon factual concerns associated with reproduction.

1. Only women are infertile.

Approximately half of all infertility cases are due to male reproductive factors. Infertility is more often revealed and evident in women due to associated or root health issues which require regular exams, such as endometriosis or other reproductive system problems. So, while the issue of infertility is more commonly discovered in women, struggles with reproduction are equally experienced among the sexes.

2. The day of ovulation is the most prime time for a woman to become pregnant.

This is very popularly believed but is false. The most optimum time for a woman to become pregnant is up to three days before ovulation. Once ovulation has occurred and thereafter, potential for pregnancy diminishes dramatically.

3. A woman who menstruates regularly is fertile.

A woman who has regular menstrual cycles can still experience infertility. Menstruation involves many factors working together to create the prime environment for pregnancy and a healthy egg through ovulation. Menstruation does not indicate actual production of a healthy egg. Nor does the production of an egg infer an easily produced pregnancy as the egg itself could be unhealthy. Infertility is an issue that must be diagnosed by a doctor through clinical and laboratory tests, even when a woman shows no other signs of reproductive health problems.

4. Men with a low sperm count should not ejaculate except during the woman’s ovulation period, to save up sperm. 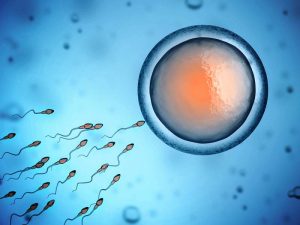 This is false, as studies indicate that men who have abstained from ejaculation for 10 days or more actually have diminished sperm quality. Most experts say that it is ideal for a man to ejaculate every two to five days to maintain healthy sperm. Some research even shows that daily ejaculation does not diminish count or quality of sperm in men diagnosed as having fertility problems.

5. These days, any infertility issue can be solved.

While everyone who is infertile would love for a definite resolution to be possible for their infertility problems, even modern technology cannot guarantee the reversal of infertility. However, many infertility problems can be worked around through clinical means, to produce a healthy pregnancy. For example, a woman without healthy eggs but with a healthy uterus in which to develop a fetus can be impregnated with a donor egg. The same is true for donor sperm to fertilize an egg. However, bigger problems of the uterus and womb environment may prevent a pregnancy from being safely produced.

6. As part of In Vitro Fertilization (IVF), the more embryos utilized equals a higher potential for pregnancy.

It is not entirely true that using more embryos produces pregnancy more effectively. Utilizing two embryos versus one only increases a woman’s chances of becoming pregnant as part of that round of In Vitro Fertilization by 10 to 15 percent. However, by utilizing more than one embryo, the chances of multiple births is greatly increased. This must be considered by potential parents, as having twins, triplets or more babies at a time can be quite strenuous and is a lifetime commitment.

7. In Vitro Fertilization is too expensive for most people except celebrities.

This is no longer true. IVF has become much more commonly used in cases of infertility and as a result, associated costs have come down. Some insurance plans even provide financial help for in-vitro fertilization, as part of regular policies. A handful of states have even started requiring IVF inclusions in commercial health insurance policies. If your policy does not offer any coverage assistance, some doctors provide sliding scale pricing, financing and other arrangements to help prospective parents afford procedures. Pharmaceutical companies are even offering special programs for the cost of fertility medications.

8. Because of advances in fertility procedures, women can have babies through their 50s.

While it is true that older women have a higher potential of becoming pregnant through in vitro fertilization than they do naturally, less than 10 percent of women over 40 become pregnant through IVF. Of those, half of the resulting pregnancies are miscarried. In comparison, women under 40 generally experience pregnancy to term in almost half of the in vitro fertilization cases. This is because that, while eggs can be fertilized in vitro, an aging reproductive system most often cannot support pregnancy. That is the unfortunate truth of infertility that science will likely always struggle to overcome: A woman’s age plays a major role in her potential for reproduction.