My name is Carly. I am 30 years old and have been married for two and a half years. My husband is 33 and I’m convinced he is the most wonderful man on the planet. He’s smart, funny, loving, kind, caring, and, may I add, devilishly handsome. Our life together is perfect, except for one thing: we’ve been struggling with infertility for about a year and a half now. And to make matters worse? I’m a pediatrician. 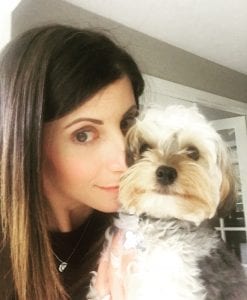 All I do, all day, every day, is see babies and families and new moms and congratulate them on their babies, all while wishing for my own.

We decided after about a year of marriage to start trying for a family. I had an IUD, which I had removed in June 2017. I had no period after that for several months, thwarting any attempt to track my ovulation. I saw a doctor several months later, who trialed me on Clomid to induce ovulation. I did one course of Clomid without success of ovulation and still no period. I tried another cycle a few months later, and at the same time my doctor also decided to order some bloodwork which showed that all of my hormone levels were low. Like, so low they were nonexistent. I was sent to a fertility specialist (reproductive endocrinology and infertility aka REI) at that point.

It was February 2018 by the time I made it to the specialist, who diagnosed me with hypothalamic amenorrhea (HA) and recommended hormone injections. Instead, I did some research on my own and realized that years of severe undereating and over exercising probably led to my HA diagnosis, so I took matters into my own hands. I tried what no woman wants to try – I purposely gained weight, 10 pounds, to be exact, which is quite a bit on my small five-foot frame. This took time and patience in and of itself. I went from one hour of working out five to six times a week to nearly nothing but walking and yoga, all while doubling my calorie intake. As shallow as it sounds, this was hard. It was hard to change my body so drastically, but I just kept telling myself it’d be worth it. A couple months later, May 2018, I got my period. My first real period since my IUD removal, although, to be fair, I hadn’t had a real period when my IUD was in either. I called my REI and he prescribed another course of Clomid and BAM.. 4 weeks later I had my first positive pregnancy test. 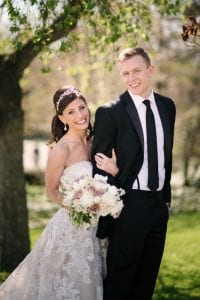 We were so excited, with so many happy tears! One year of trying with difficulties and so many lifestyle changes and it worked. We had two ultrasounds, one at 5 weeks, and one at 6 weeks, the latter of which showed a heartbeat.

But then, on August 7, our happiness ended. I went in for a routine ultrasound, only to discover that I had a miscarriage. Actually, I had a missed miscarriage. I had had no bleeding, no symptoms, no cramping… nothing. But my ultrasound showed a 6-week fetus with no heartbeat. We were devastated. I did a round of cytotec medication to induce miscarriage. Then I miscarried while at home with my husband and mother by my side for support.

This was almost five months ago and we’re still dealing with it. My serial hcg checks STILL have not returned to zero. So, on top of all of the waiting to get pregnant, then losing our pregnancy, now we have to wait to even start trying again. These months really just feel like wasted time. They feel like we are sitting here twiddling our thumbs waiting for my body to figure it out how to let us try again.

Even harder still, and maybe what sets our story apart from others, is that I am a pediatrician and work so closely with newborns and infants all the time. This experience has truly made me appreciate what people go through to have families. However, I will say that working in this environment can be a constant reminder of what I don’t have and what I want. Sometimes it can be hard to not let jealousy creep in. For example, my brother and his wife had a baby last week. We were pregnant together and looked forward to having our kids be only a few months apart. It’s been hard to love my niece and be open to her arrival, without being plagued with jealousy.

But learning to set aside my jealousy and my difficulty with being a pediatrician who is also struggling with infertility, has given me an even deeper appreciation for what it means to be a patient. I’ve been immensely unhappy with the care that I have received from my doctors, which has made this experience even harder than it already is. There have been multiple lapses in communication and an indifference to our feelings as a couple that has lost a baby. It seems that infertility and miscarriage in particular, are so routine for our providers, that it can be forgotten how completely individualized it is to the couple that is going through it.

While our infertility struggle is nowhere near over and in fact we may still be in the early stages, I have hopes that we’ll get back on track, and that it’ll happen for us at some point. While I wouldn’t even wish this experience on my worst enemies, I’ve learned so much.

I’ve learned it’s okay, to not be okay.  These months have been hard…incredibly hard. I’ve always thought of myself as a strong person, but I have learned that infertility is not for the weak of heart. I have reached depths of sadness that I didn’t know existed. I have had to slowly work my way out of the depths, only to sink again every so often. 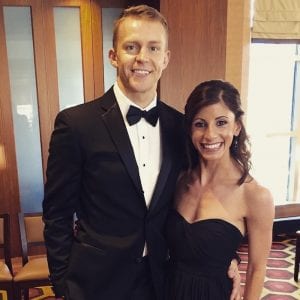 I’ve learned how to be a better pediatrician.

I’ve learned how to listen more.

I’ve learned to be patient.

I’ve learned to be open about my situation, and that sharing my story and hearing others’ stories is what has helped me to wake up each morning and tackle each day. Until we can try again, we will wait, and hope for the best.

I am thinking of you all and wishing you all the best!