Every day, giant strides are made in organ transplant research, but now a new experiment is underway that may make it possible for uterus transplants.

For the first time, 10 women in the United States will receive a uterus from a deceased donor in a groundbreaking surgery. The implication of the uterus transplant surgery means that it may soon be possible for women, otherwise unable to have a child, to become pregnant and birth a healthy baby.

So can uterus transplants overcome infertility? While this may seem like the solution to many women’s infertility struggles, the initial experimental surgeries are for a very specific portion of the population that are currently without a uterus. Of course the surgery also does not come without its own lengthy procedures and risks. Still, the innovative transplant is testing the boundaries once never thought possible.

The Difference Between Uterus Transplants: 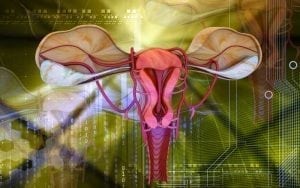 A similar uterus transplant experiment was recently performed in Sweden. The experiment differed in a few key aspects, which makes this current study underway at the Cleveland Clinic ground-breaking and the first of its kind. The key difference between experiments is the source of the uterus donation. In the Swedish study, women received their uterus from a living relative. This lessened the chance for organ rejection. In the current study performed at the Cleveland Clinic, the uterus will be collected from a deceased donor. Doctors who are part of the current study are confident that by accepting a uterus from a deceased donor, the surgery will be much less complicated and traumatic because there isn’t a need to worry about vascular and blood supply concerns from the donor. Despite the difference, the results of the Swedish study are encouraging. Of nine women who received a transplanted uterus, five became pregnant and four successfully gave birth.

Eligibility for the Procedure:

To be eligible for the current study, women must be between 21 and 45 years of age. They must have either had their uterus removed previously by hysterectomy or have been born without a uterus, a medical condition called Mayer-Rokitansky-Küster-Hauser Syndrome. Women also must have had embryos created and frozen before age 39. Once this criteria is met, a woman may become a candidate for a uterus transplant. Following the transplant surgery, the woman must wait one year before becoming pregnant to avoid overdue stress to the new uterus and to allow it ample time to heal. During this year, the woman will need to have monthly biopsies to evaluate the success of the transplant.

With uterus transplants, pregnancy can only be achieved through in vitro fertilization. This is a procedure where a woman’s eggs are extracted from her ovaries and fertilized in a petri dish to create an embryo, which is later frozen and preserved until it is time to implant the embryo into the uterus. With the transplanted uterus, a woman cannot become pregnant through sex. This is because the Fallopian tubes, where fertilization takes place, are not connected to the transplanted uterus. Following a successful pregnancy, the baby must be delivered via cesarean section to avoid any unnecessary stress to the uterus. A woman can have up to two children, after which the transplanted uterus must be removed.

Just like any organ transplant surgery, uterus transplants involve a very serious operation, and no operation of this magnitude is risk-free. In addition to the initial operation for the transplant, once the baby reaches full term, the baby must be delivered via cesarean section, which is yet another surgery for the woman. It is quite possible that the health of the now deceased donor was failing and the donated uterus may not be completely healthy at the time of transplant. Because this surgery has not yet been attempted, this risk factor cannot be determined without more research.

Despite the risks and extent of unknown complications that may arise, the research and news of this new development is a giant step forward in medical breakthroughs. Over the course of the years that research and studies continue, this procedure may provide a glimmer of hope for many women around the world who have exhausted all previous efforts for overcoming infertility.