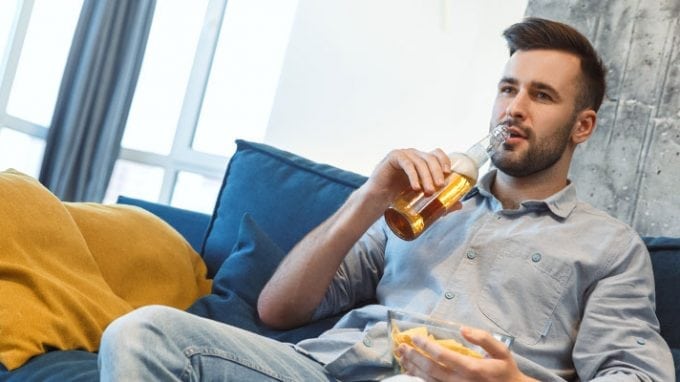 When men are entertaining the thought of fatherhood, they are often told to limit their consumption of alcohol. The reason for this has always been that alcohol intake could damage a man’s sperm. A new study is changing the way physicians think about alcohol and becoming a dad. According to this new study, men who consume alcohol in moderation could be more fertile than men who do not consume alcohol at all.

During the study, researchers examined semen samples of over 322 male patients during a period of two years. The goal was to determine the health of the sperm. In conjunction with analyzing sperm samples, interviews were conducted with the study participants. These men were asked questions about their lifestyle habits that could influence their sperm count. This includes such things as caffeine and alcohol consumption, smoking, levels of physical activity and more. Results showed approximately 9.5 percent did not drink alcohol. Around 30 percent had fewer than three drinks a week, 30 percent had between three and seven drinks, and 30 percent consumed more than eight drinks a week. Once habits that could have a negative impact on sperm health were calculated, the researchers determined men who consumed up to seven servings of alcohol during a seven-day period had the highest sperm counts. They were the most fertile men among the study participants. Researchers admit one aspect of the study that could harm the finding was that it was self-reporting. It was up to the individual study participant to report how much alcohol they consumed weekly. Men could have easily miscalculated the number of alcoholic drinks they really consumed during a happy hour and more. 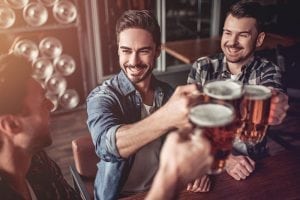 These study results are in many ways in line with how physicians have advised men to try to conceive for many years. It has always been advised not to consume too much alcohol. Also, having a diet consisting of fruits and vegetables is important for male fertility. It has also been advised that men wanting to father children avoid hot tubs and participate in regular exercise to keep their sperm healthy.

Dr. Elena Ricci was the lead author of the study. It was conducted in Milan, Italy at the Ca’ Granda Ospedale Maggiore Policlinico. According to Ricci, the findings of the study is consistent with other studies conducting the same type of research. She admits the consumption of alcohol in Italy is very popular. Ricci also stresses it is also very common to have it in small quantities. This is the habit of men who participated in the study at Ca’ Granda Ospedale Maggiore Policlinico’s infertility clinic.

Dr. Elena Ricci refers to a 2014 Danish study covering the same topic. It found when men consumed two pints of alcohol daily, they had a sperm count that decreased by over 32 percent. This research said that consuming over five drinks in a few days could decrease a man’s sperm quality. It advised men who want to be fathers to be careful when they approach having seven drinks in one week. This is considered the higher end of the spectrum identified by the research. The researchers in the Danish study agreed that consuming small amounts of alcohol seem to be beneficial. This contradicted earlier studies that suggested men wanting to become fathers should completely avoid alcohol consumption.

Researchers who conducted the study in Italy admitted they do not have a clear understanding of the relationship between consuming moderate amounts of alcohol and male fertility. They do believe some alcoholic drinks contain ingredients that are able to promote fertility in men.